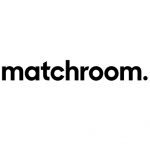 Matchroom Boxing is the world’s leading boxing promotional outfit putting on major stadium and arena shows across the globe. Headed up by boxing supremo Eddie Hearn, Matchroom has been among the world leaders in major boxing promotion and production for over a quarter of a century since its launch in 1987. With an unrivalled stable of world-class fighters, Matchroom’s unique expertise in promotion, staging and television productions cements its position as the No.1 promoter in the sport.