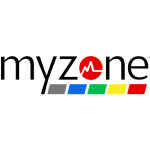 Myzone is a unique wearable fitness brand that rewards effort rather than ability, motivating its users to feel good about exercise and work harder. Myzone uses inclusive, game-based mechanics and social elements to build communities together on the Myzone app. Myzone creates personalised zones for each user, based on their maximum heart-rate, which means anyone can compete together on a level playing field.

Stand Number: A10
Back to Exhibitor List
Page load link
Go to Top